With the massive increase of customers shopping online, web developers, entrepreneurs and technology strategists have come up with a lot of innovative ways to benefit the shopper and the merchant.

The onlineÂ world is constantly growing at a rapid pace, merchants are often seeking innovative ways to increase their ecommerce conversion rate.Â Right now it’sÂ very common for the shopper to browse your store online, add items to the shopping cart but don’t actually proceed to checkout to purchase. There are a number of reasons why people don’t end upÂ proceeding through the checkout, these include Expensive shipping and difficult checkout processes but the main reason is purchase amount.

If you can reduce the initial purchase amount sales conversions will increase.

This issue can be resolved with the help from hoolah. The latest Buy now pay later payment option for Singapore merchants. hoolah, founded by experienced payment industry specialists set out with the goal to make the online transaction process as smooth as possible.

Hoolah solves the problem by enabling customers to stay under their budget with a buy now pay later payment option ( 4 easy interest-free payments) this has a proven to be a massive sales conversion increase for merchants.

Hoolah has only recently launched and has already onboarded a collection of major Singapore stores on the WooCommerce and Shopify platforms. Right now, it exclusive for Singapore merchants but we expect big things from hoolah with Shopify!

Shopify is arguably the fastest growing ecommerce platform globally with thousands of merchants either Â migrating or starting a new store with it. As a Shopify Partner and Shopify Expert we love working on the platform and very excited to see its coverage grow across Singapore and Asia.

The benefits of the hoolah is available for both, shoppers and merchants:-

Up to 75% of ecommerce consumers look, add items to the shopping cart but don’t buy. hoolah helps solve this problem for merchants by allowing consumers to increase their personal affordability with a buy now and pay later payment option enabling interest free repayment in 4 equal instalments. Also, you receive payment as soon as the first instalment has been paid 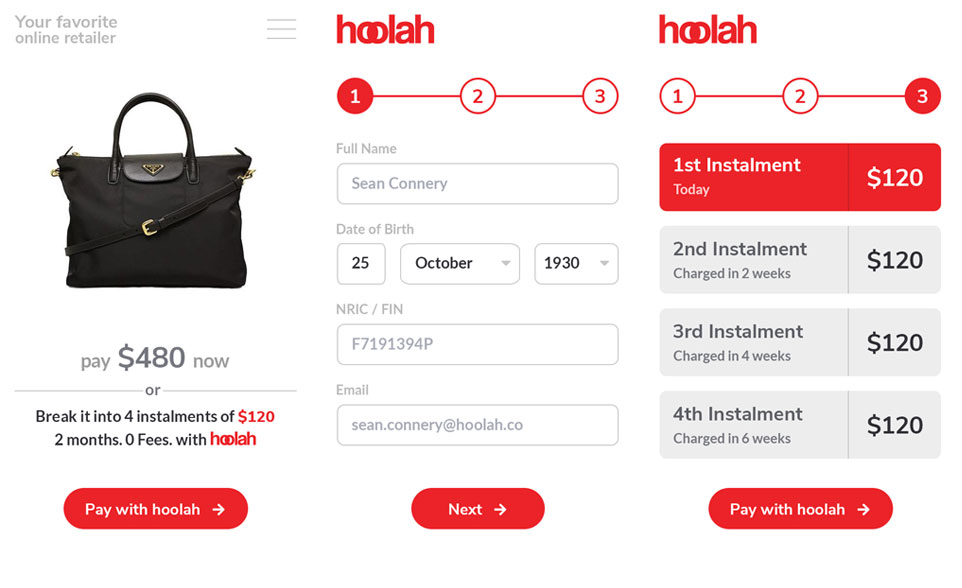 How does hoolah benefit a merchant?

How does hoolah benefit a shopper?

Aussies are already used to using Buy Now Pay Later with the majority of highly prestigious players in retail markets of Australia using afterpay and zippay.

The number of merchants using these payment methods Â is increasing on a daily basis. 2017 was expected to be a revolutionary year for these platforms and it took Australia by storm, it’s now December 2018 and you will be hard pressed to find an online store that doesn’t have afterpay. Wow!

Shopify is arguably the fastest growing ecommerce platform globally with thousands of merchants either migrating across or starting a new store and see hoolah together with Shopify really start to dominate the local Singapore market – then start expanding across Asia.

Alinga are a Shopify Partners, Shopify Experts and love working on the platform.

Blueprint of Ecommerce : How To Build, Launch and Grow Ecommerce Store

How to integrate search engine and social media marketing